Posted on May 12, 2012 by John Salmon
My wife and I were playing ball with our 3 1/2-year-old daughter. We rolled the ball, bounced the ball, threw the ball…you know the drill. At one point, my wife ran inside to do something. I su 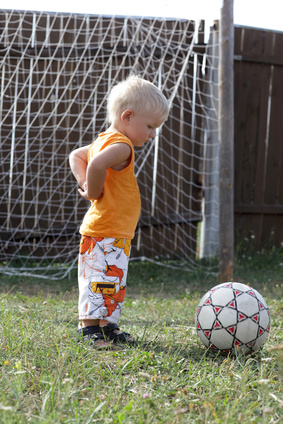 ggested to my daughter that we “hide the ball from Mommy” and ask her to find it when she returned. With a twinkle in her eye, my daughter agreed to the new game. We carefully hid the ball and waited. As my wife approached, I asked my daughter where she thought her mother would look for the ball. With great confidence, she replied that Mommy would look right where the ball was hidden even though she had no way of knowing where we hid it. Why did my daughter (a bright 3 1/2-year-old girl) believe her mom would know where the ball was? Because children this age believe everyone thinks like them. They believe that everyone sees the world in the same way they see the world. If my daughter knew where the ball was hidden, so would her mother. She could not put herself in her mother’s shoes and see through her eyes. At this young age, there is only one way to see the world…my way!
Fortunately, my daughter has not stayed this way for life. Everyone needs to develop the ability to take another person’s perspective in order to build empathy, compassion, and consideration. But, learning perspective-taking does not happen overnight. Just consider the game of soccer. Imagine this scenario, a scenario that exemplifies the perspective-taking required to play a position and work together as a team. One player dribbles the ball down the field. 1) From his perspective, he sees the goal as well as the opponent between him and the goal. He observes his opponent react to his various moves; and… 2) from his opponents’ perspective, he notices himself fading left and begins to follow that lead. 3) From the goalie’s perspective, he “watches” himself moving toward the left side of the goal. 4) From his teammate’s perspective, he sees an open net as the goalie is hanging toward the left side of the net and his team mate is on the right. After quickly assessing the field from his own perspective as well as the perspective of his opponent, the goalie, and his teammate, he can choose whether to pass to his team mate or take a shot. A 5-year-old simply cannot do this. The 5-year-old can only see the field through his eyes and his eyes only…his own perspective. So, where does the team of 5-year-old players stand on the field?  They hover over the ball. They have only one perspective–that of them and the ball. One goal–kick the ball in the goal. They cannot understand the concept of playing a position or working as a team because they cannot see the game through the eyes anyone but themselves.
Even at 9-years-old a child has difficulty taking the kind of perspective needed to play a position and work naturally as a team. I recall one coach screaming at his team of 9-year-olds to “stay in position.” He spent the majority of the game yelling at his players to stay in position, but they kept “forgetting” and falling out of position to get the ball. These 9-year-old players were not being obstinate or disobedient. They were simply not developmentally ready to understand the benefit of remaining in position. Since they still could not consistently see things from another person’s point of view, they could not understand the benefit of playing a position. They will definitely learn from simple prompts to remain in position at this age. (I must add, though, that screaming at them is ineffective. In fact, screaming at children only scrambles their brains and decreases their ability to think calmly.) Zoom ahead and we find that the players at 10 or 11-years-old begin to “stay in position.” They 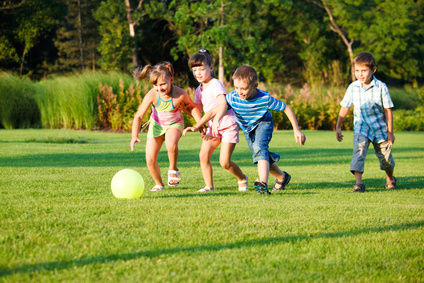 work as a team because they can see the field through one another’s eyes, one another’s perspective. And, it only two 10 or 11 years!
Fast forward just one more time to adolescence. The adolescent constantly sees herself through the eyes of others. She melts down in response to a “bad hair day” or a minor skin blemish on her face because “everyone will see it.” Suddenly, through the eyes of perspective taking on steroids, every minor flaw and small action takes on overwhelming impact…”everyone will notice,” “everyone will laugh.”
Why do I tell you all this? Why run through this little developmental storyline about learning to see the world through other people’s eyes? Because I need constant reminders to base my expectations for a child on their developmental ability. Perhaps you will benefit from this reminder as well. We cannot expect our 4-year-olds to understand another person’s point of view the same way our 16-year-old might. This is true when you think about perspective taking in sports, sharing, showing compassion, resolving disagreements, and even social interactions. Although we cannot demand more perspective taking than our child is developmentally able to give, we still want to teach them the benefits of seeing another person’s point of view and how to do so. After all, taking the time to see the world from another person’s perspective opens up the possibility for true empathy and compassion. It contributes to the ability to negotiate and compromise. It leads to consideration of others and acts of kindness that other people can truly appreciate. So, how do we build perspective taking abilities in our children? As they used to say at the end of Batman…”Tune in next time…same bat station…same bat time…” for 4 ways to promote perspective taking in your children.
Posted in Family Shepherds, Honor tagged with acceptance, children, empathy, healthy development, parenting, perspective taking