My daughter took a pottery class in 6th grade. You can see the beautiful pottery 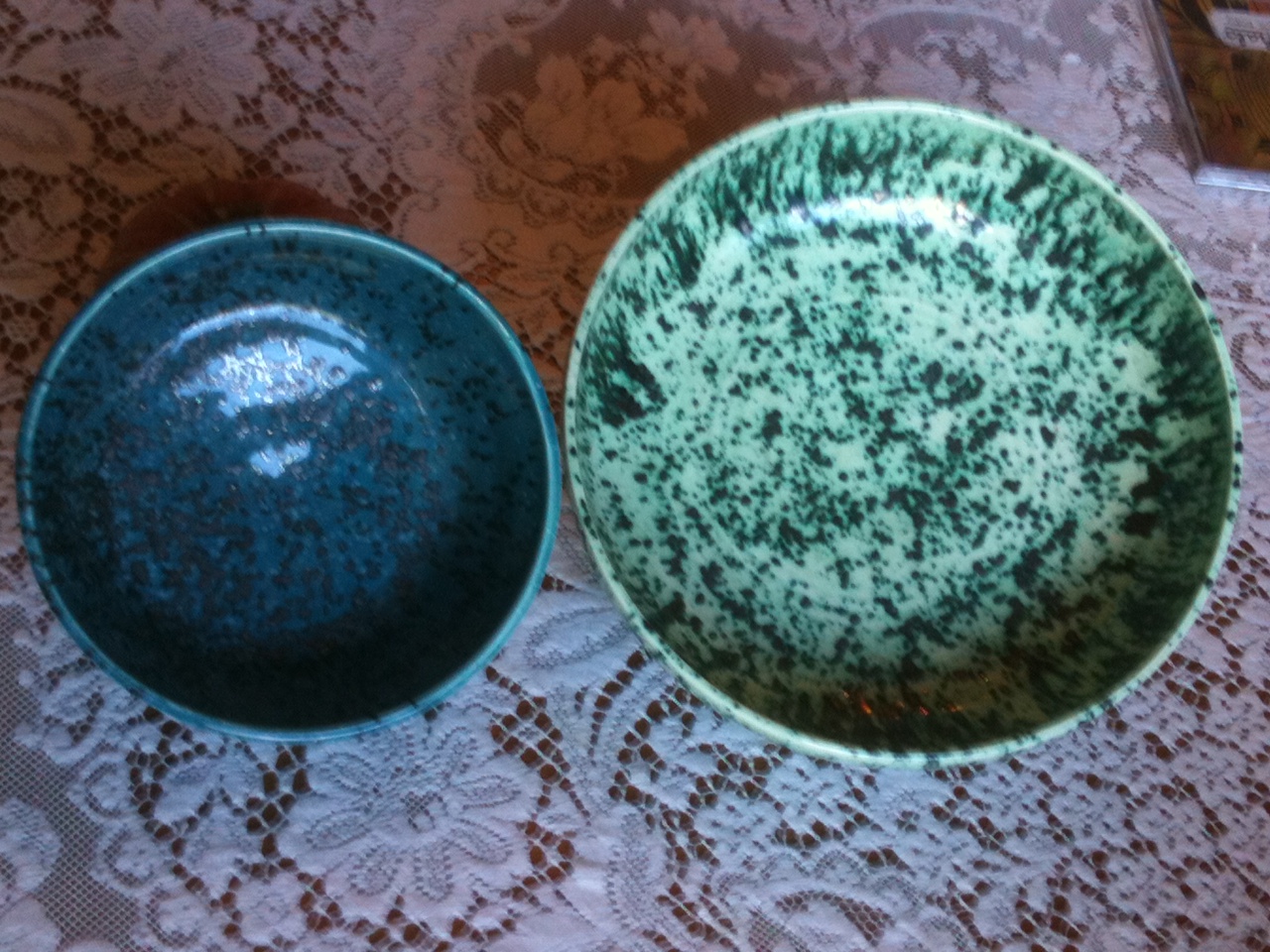 she made in her class in the picture to the left. Her grandmother (my mother) visited us soon after she finished the class. While visiting, she noticed and admired the pottery my daughter had made. While encouraging my daughter’s talent, she mentioned the pottery “her father” (that’s me) made in 6th grade. I had a faint recollection of that artistic endeavor. In my mind I had made a pitcher. It was round and had a small opening on the top that gracefully lipped outward. The round body had a face sculpted into one side and the ears formed handles on each side of the face. It was an odd color though…kind of a muddy brown. A few months later, we visited grandma’s house and she presented my 6th grade pottery for my daughter’s admiration. My daughter, obviously stunned and speechless, stared at my work of art before a somewhat quizzical smile began to grow across her face. I took my work in my hands and looked at it from all sides. Not quite what I remembered. It was…well, what can I say? Ugly-it was ugly. I mean, it was the ugliest thing I had ever seen. It had no face, no ears, no…beauty. (You can see I am not exaggerating by looking at the picture to the right.) Obviously, my daughter did not get her artistic abilities from me. 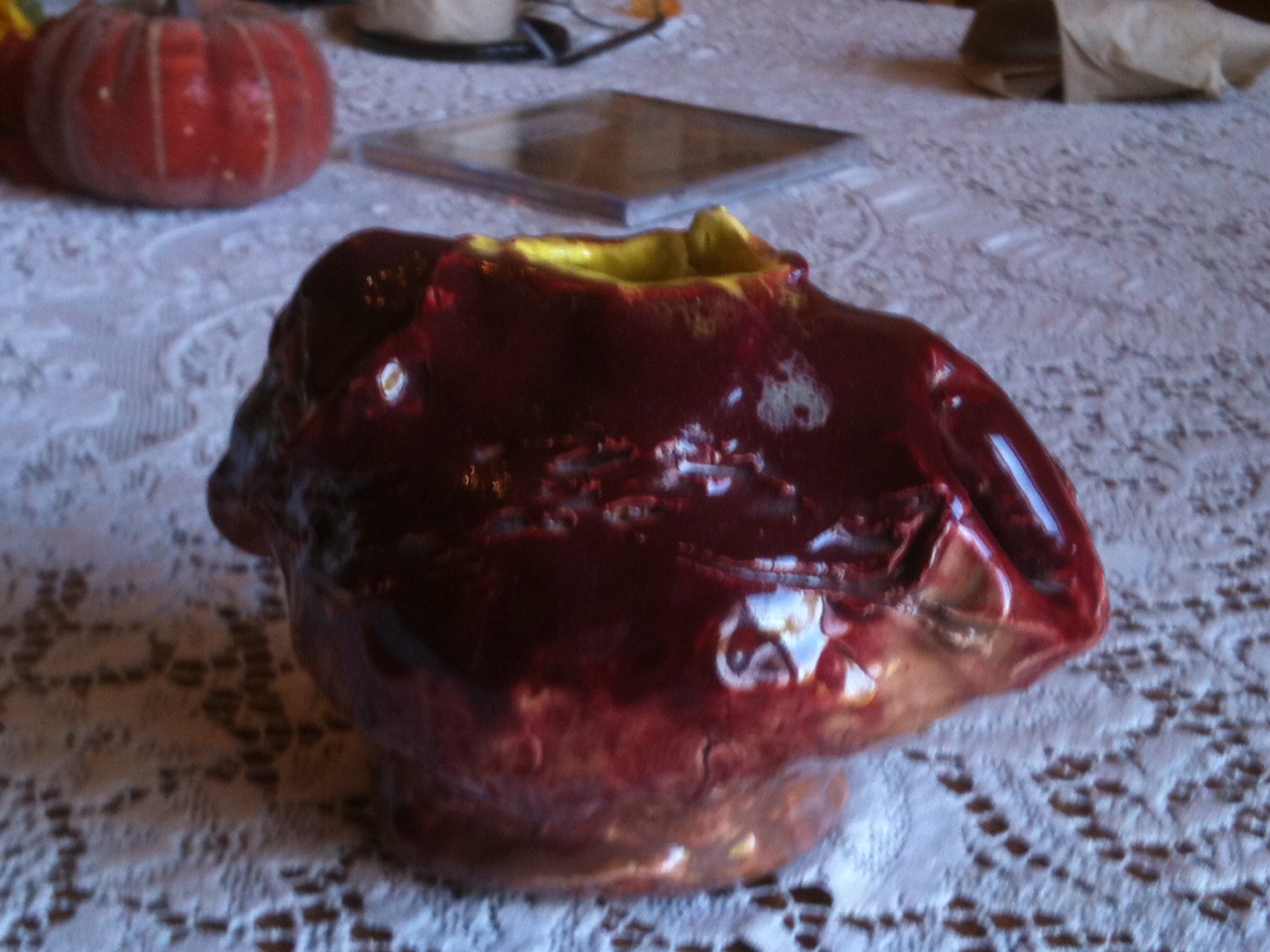 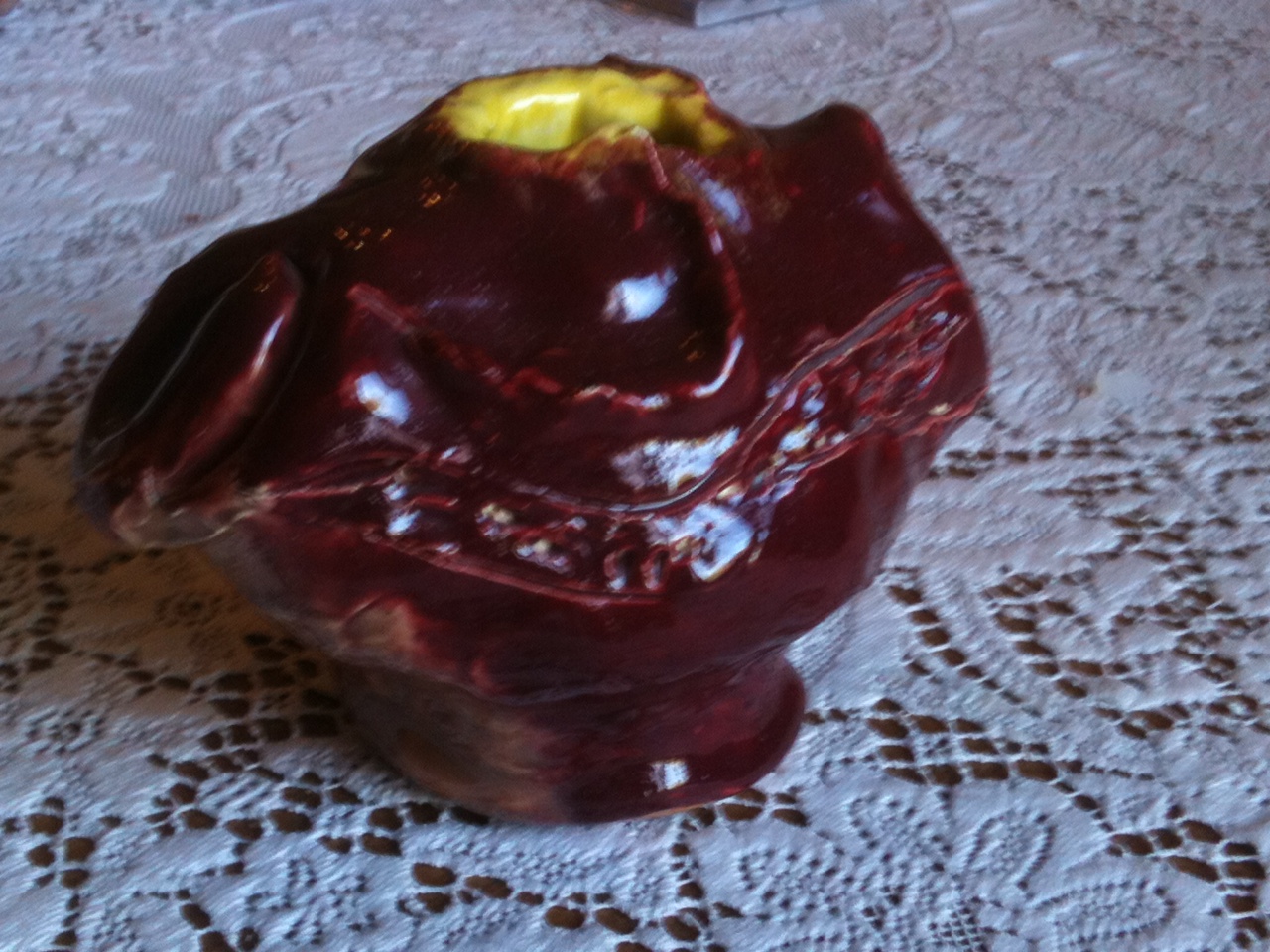 You know what I found amazing though? Twenty-seven years before my daughter constructed her pottery, I brought home that incredibly “unique” piece of work. But, my mother never ridiculed my work; she never demeaned my effort. Instead, she accepted it, imperfect as it was. She knew that my developmental ability limited what I could do…and she accepted me and my effort anyway. She also knew that my lack of artistic talent limited what I could accomplish…and, she accepted me and my effort anyway. She knew that my “work of art” fell far short of perfect. It definitely missed the mark; but she accepted me and my effort anyway. She showed the extent of her acceptance by keeping my pottery over the span of 27 years. In fact, she packed it up when the family moved from Pittsburgh to Houston. She kept it when I left for college and kept it when the family moved from Houston to San Antonio to Eagle Pass to Austin and, finally, to Lock Haven. Twenty seven years later, and six cities later, she knew where it was and produced it, still safe and sound, for my daughter to see. When she unpacked it to show my daughter, I got a good laugh. I also realized the grace she exhibited (and continues to exhibit) in her acceptance of me and my effort—a grace that accepts a person in spite of limitations, in spite of missing the mark of perfection…the unconditional acceptance of grace. I mean look at that thing…only a mother could keep that, only a gracious mother who accepts her children no matter what.