Posted on January 5, 2013 by John Salmon
Several years ago, I watched a 6-year-old leaping up and down in an attempt to 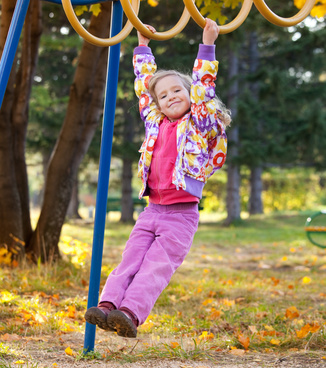 grab a bar and hold onto it while sliding across a low hanging beam. She had done it several times, but had now grown tired. So, she jumped and missed the bar several times. Each time she missed, she would grunt and groan…louder and louder with each failed attempt. Her father (I knew the family) walked over and offered to lift her up to grab the bar. She refused and continued to try on her own. With each attempt, her groans grew more frustrated and her uncle (who was also at the park) grew more frustrated. “Would you just help her already?” the uncle yelled from where he sat talking to another girl. But, the father did not help. He simply stood next to his daughter and offered as much support as she wanted. Within moments, the 6-year-old’s persistence paid off. She caught the bar and slid across the beam… smiling from ear to ear at her accomplishment.
On the surface this looks like a child playing in the park. Her father and uncle stood nearby: one grew increasingly frustrated and wanted to step in to solve the dilemma while the other just stood idly by offering his help if desired. But, look again. On a deeper level, this incident epitomizes the development of competence. Competence is rooted in the experience of facing and mastering challenges. It necessitates that parents learn to balance when to get out of their child’s way while she persists in some task and when to join in and solve the problem. Consider what this father communicated to his child by allowing her to persist and simply offering help instead of intruding with assistance:
·         “You can decide if you want help. You are wise enough to make that decision. You are competent to decide.”
·         “You can solve this problem and I trust your ability to do so. You are competent to do it.”
Many times parents simply have to get out of the way so a child can gain 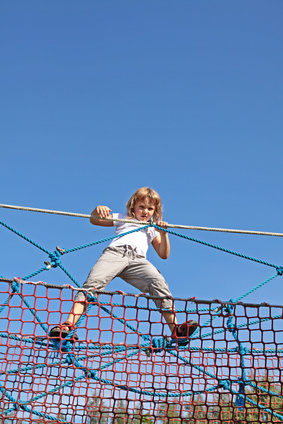 competence. We have to allow our children to figure out how to finish their own projects, completing it to their own specifications. When we step in to figure it out for them, we communicate that we do not believe in their wisdom, their creativity, or their capabilities. We save them from learning the benefit of persistence. We even teach them that they do not have to work for success, Mom and Dad will fix it instead. Our children come to believe that our actions prove they lack wisdom, creativity, and ability. They come to believe that failure is inevitable. They learn that they lack competence; that they are incompetent. That is not what we want our children to learn, but when we step in that is what we teach them. It can be difficult not step in, to let them struggle instead. Seeing our children struggling in frustration sounds our internal alarm. The “mother bear” or “protector of the house” moves in to save and protect. We have the experience that can help, the ability to make an impact, the power to make it easier for them. We can be our child’s hero. Unfortunately, acting on that impulse, becoming the hero, often leads to children who have no personal competence and a great dependency on their parents.