Posted on June 10, 2012 by John Salmon
Family shepherds discipline with grace; and, graceful discipline promotes healthy relationships as well as mature behavior. Unfortunately, many families fall prey to one of two extremes when attempting to discipline with grace: grace crushing or grace manipulating.
Grace crushers tend to hold legalistic expectations. 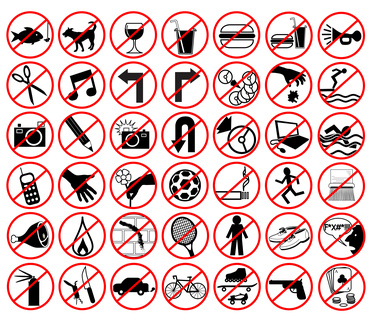 Parents in grace crushing families make demands that exceed their child’s developmental ability. They control their child with rewards and punishments, demanding that their child “give in” to their expectations. Grace crushers make their child’s decisions for him. Disagreement is viewed as disrespect and punished, leaving their child little opportunity to develop his unique personality. When their child does assert his independence, he is crushed with shame-inducing statements like “I’m glad your grandmother isn’t alive to see that” or “I work all day to make your life better and you treat me like this!” Or, the child may be forced into submission with fear-centered statements like “If you keep this up, I’ll call the police to take you away” or “I don’t have to put up with this, I’ll just leave.” Such comments crush a child’s spirit rather than teach appropriate behavior. They produce resentment, fear of failure, feelings of inadequacy, and a constant need for approval.And, the demanding, controlling behavior of grace crushing parents teaches the child that he is not trusted and his parents do not believe he is adequate, capable, or trustworthy. In an effort to gain independence and prove his adequacy, the child in a grace crushing home eventually rebels. As Josh McDowell says, “Rules without relationship leads to rebellion.”
Grace manipulators,on the other hand,focus on relationship to the neglect of rules. They spoil their child. Parents in grace manipulating families believe that

simply accepting one another and maintaining a peaceful relationship will lead to a child with self-control and positive character. They hate to see anyone suffer pain. Rather than watch their child struggle with not getting what he wants, they give in to his wishes and desires. In so doing, they protect him from beneficial pain and rob him of opportunities to learn. They also deprive him of self-respect and self-assurance by making life “easy.” Many grace manipulators even accept the consequences of their child’s behavior instead of allowing their child to suffer those consequences, like staying up late to finish their child’s school project rather than allowing the child to suffer any consequence. Ultimately, parents in a grace manipulating household become a slave to their spoiled child’s schedule, desires, and wants. They eventually grow resentful of their child’s constant demands and wonder how their child developed such a sense of entitlement. They will even be surprised when their child rebels in response to unmet selfish desires.
Grace-filled families recognize the importance of relationships and mature character. Parents in grace-filled families believe that mature character is more important than immediate comfort and personal satisfaction. Grace-filled parents believe their child is capable of learning from consequences so they do not bail him out. Instead of crushing their child with consequences, they love him by using consequences as a learning tool that deepens relationship over time. So, they develop appropriate “rules to live by” and build strong relationships. Consider these points about grace filled parents and discipline.
1.Grace-filled parents view discipline from a long-term perspective. They consider discipline a way to promote long-term growth and maturity. They also realize that discipline promotes intimacy over the long-term even though it may create short-term discomfort and frustration.
2.Grace-filled parents clearly focus on behaviors, not character, when giving a consequence. They do not attack their child’s character. There is no name calling, demeaning comments, or threats.
3.Grace-filled families believe the best about others, even the misbehaving child. “Love believes all things, hopes all things and bears all things” even when dealing with misbehavior. Gracious families believe that family members truly do want to grow more mature. They believe that family members ultimately do want to please the family with whom they have an intimate relationship. They have a deep-seated belief that their child is capable of learning, growing, and maturing.
4.Grace-filled families empathize with a person’s discomfort and pain without protecting them from the consequence. They remain available throughout the consequence, allowing the person to experience grace and truth. This involves communicating an understanding of the discomfort of consequences while maintaining the consequence. Doing this effectively balances the hard line of a consequence while, at the same time, expresses the soft emotion of empathy.
5.Grace-filled families teach appropriate behavior as part of the discipline process. They begin by evaluating the negative behavior, even considering the impact of the negative behavior on the child and those around him. It is important for all of us to realize the impact of negative behavior on our lives and the lives of those around us. Then, grace-filled parents teach more appropriate behaviors through discussion and problem-solving.
6.Grace-filled families talk about potential problem situations ahead of time in order to prevent problem behaviors. Once again, these discussions revolve around potential consequences as well as family values and beliefs.
7.Grace-filled families always work to restore relationships whenever negative behaviors threaten to destroy relationships. They follow consequences with a reassurance of love for the person.
Don’t be afraid to discipline. Discipline confidently…with grace!
Posted in Grace tagged with discipline, family relationships, limits, parenting, permissive, teach