2 Words That Will Change Your Parenting!

Posted on February 16, 2013 by John Salmon
Maybe you have had one of these experiences and felt your heart go out to your family member: watching your daughter cry after breaking up with her first boyfriend; seeing the hur 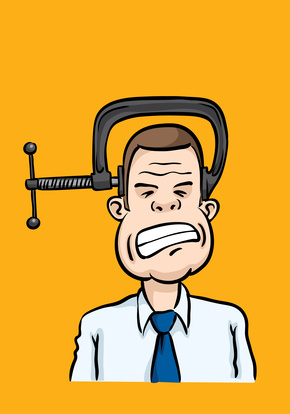 t in your young son’s eyes because he was passed over on the sports team; seeing a spouse drown their deep sorrow in one too many drinks; watching a child who has experienced being bullied fall into the “wrong crowd.” When we encounter these painful experiences in ourselves and our family, our heart goes out to the person suffering; we feel compassion for them. We want to reach into their lives and end the suffering, to make the pain “go away.” It would be nice, we think, to make it all disappear with the wave of our magic wand…but there is no magic wand. Still…
This feeling of compassion calls to my mind the father of the prodigal son. Can you imagine the desire this father must have felt to protect his son, to make his son see the foolishness of his request? But, he could not make his son see things differently. I wonder if he knew what his son was doing after he left home. Did he know his son was blowing all the money on an illicit lifestyle? Subjecting himself to those who would take advantage of him? Placing himself in dangerous situations? Leaving himself open to all kinds of diseases and pain? The father must have felt great pain to know that his son had lost it all, even falling to the depths of living in a pig sty and eating pig slop. Can you imagine the father’s desire to relieve that suffering and restore his son to the comfort of family and home? The father could have sent his son an extra few bucks to help relieve some of his suffering…you know, “Son, I know times are hard so here are a few extra bucks to buy yourself some food this week.” The son would have likely blown that money on those friends who simply took advantage of him. The father could have said, “Son, I don’t want you living in a pig sty. It makes our family look bad; so, I’ve arranged an apartment for you. Live there.” The son would have most likely enjoyed the apartment…and had huge parties in that apartment every night.
The father did not reach out in simple compassion to relieve his son’s self-induced suffering. Instead, he exhibited longsuffering—he patiently endured the hardship of watching his son suffer; he patiently endured the offense of his son’s behavior. Why did he do this? I believe he did s

o in order to allow his son to know the full consequences of his behavior. He wanted those consequences to bring his son to his senses and turn his heart toward home. He knew that self-induced suffering must be endured; and, when allowed, this suffering often brings maturity. I’m sure that the father “suffered long” with his son and felt a deep compassion in his heart for his son. I’m sure the father longed to reach out to his son and relieve the suffering; but instead, he suffered the pain of watching his son go through the hardships of his choices. Whose sufferings were greater? I’m not sure…perhaps the father’s. Fortunately, in this story, the father’s longsuffering paid off in the end. The son did learn from those consequences. The son did mature and turn his heart toward home. And, as soon as the son turned his heart toward home, the father ran to meet him…embraced him, kissed him, reinstated him into the family, and held a welcome home party.
Like the prodigal son’s father, we have to practice both compassion and longsuffering in our effort to parent our children. They are both necessary to establish a healthy family life. Compassion without longsuffering will contribute to continued negative behavior. Longsuffering without compassion leads to coldness and indifference, anger and apathy. Together, compassion and longsuffering will lead to maturity and growth. Compassion and longsuffering also reveal the character of our Heavenly Father (Exodus 34:6-7). Practicing both will help us be like our Heavenly Father…and establish a family built in the image of God.
Posted in Family Shepherds tagged with compassion, consequences, limits, parenting