4 Steps to a New Child

Posted on February 23, 2013 by John Salmon
Parents help their children replace problem behavior with more appropriate behavior. It sounds so simple when stated in that sentence; but, every parent

knows that helping children grow is anything but simple! Here are four steps that just might ease the way a little. At the very least, these four steps for helping change behavior will provide a guideline to keep parents on the path toward growing healthy, mature children. The first step involves increasing your children’s awareness of the problem and how it affects them. They will not gain that awareness if we, as parents, continue to bail them out of the problem or minimize the consequences of the problem behavior. As long as parents bail them out of every problem or minimize the consequences of the behavior, children never realize that the problem actually affects them. Let the natural consequences of behavior fall where they may. Let the children endure some of the discomfort and pain that naturally results from problem behavior.
Second, once your children realize that a problem exists and that it affects them, resist the temptation to rescue them or solve the problem. Instead, step back and talk with them about the problem. Learn about their perspective of the problem behavior. What led them to engage in that behavior? Did it have any perceived positive results? How did it not work? What was the negative result of the problem behavior? What result would they rather achieve? Explore positive alternative behaviors that might obtain the results they seek. Consider each alternative individually and discuss the skills needed to engage in that positive behavior. Do they need to trust themselves more? Talk with a parent first? Seek out an adult or a mentor? What skills do they need to learn? How can they learn those skills? Throughout this discussion, write down the ideas and a plan, step by step.
Third, consider the benefits and costs of changing the negative behavior. 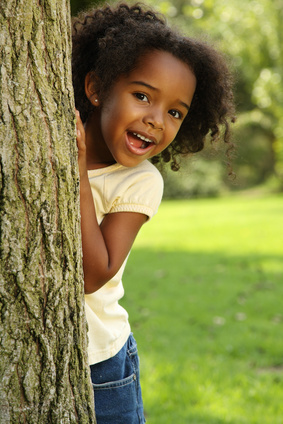 Map out the logical consequences of each alternative behavior step by step, so your children will understand the benefits of the new behavior. Your children may have to learn skills, avoid certain places, make new friends, build up the courage to talk with an adult, etc. These steps take energy and time. As you review these steps with your child, compare the costs in time and energy to the benefits gained over time. Make sure your children recognize and believe that the alternatives behaviors are worth the effort. If they do not, recall the negative results of the problem behavior and continue to explore alternative behaviors until you agree upon one in which the benefits outweigh the costs. Also, discuss how you, as a parent, can support your children in making the change. Once you have an agreed upon alternative, make a commitment to change.
Fourth, encourage your children along the way. Change does not happen immediately, so watch for subtle changes and progress toward the final goal. Recognize progress toward the alternative behavior. Acknowledge efforts made. Support your children in ways that you agreed upon in step three. Don’t forget to celebrate progress. All efforts to grow are worthy of celebration!
Posted in Family Shepherds tagged with consequences, discipline, encouragement, healthy development, limits, parenting, teaching